Considering the economic growth potential of Chandigarh & the surrounding areas under GMADA in the coming years, it is anticipated that the economic growth will drive urbanization and can spur further growth. With this growing urbanization and congestion of existing cities, GMADA conceived the idea of developing a new independent and self-sustaining city to cater to this spillover of the projected growth of Chandigarh and Mohali over the next 20 years. GMADA has mapped out a vision towards a city of excellence for the greater Mohali area and under this vision the township of Mullanpur is envisaged to rise as a distinctive and sustainable playground of the Greater Mohali Area that will enhance quality living and manage the overall growth. 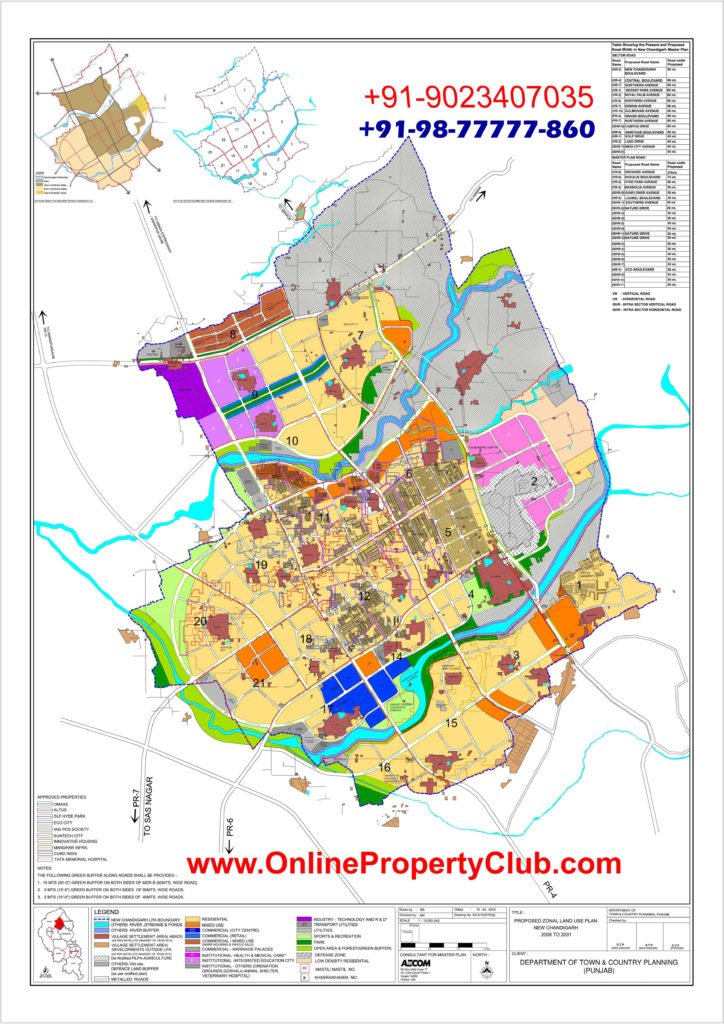 With this in mind, GMADA in 2007, appointed Jurong Consultants Private Ltd. Singapore to complete a comprehensive integrated master plan for the new township of Mullanpur. Being in vicinity of Chandigarh and proposed with a world class infrastructure, this Local Planning Area (LPA) has been renamed â€œNew Chandigarhâ€, in the Punjab Regional & Town Planning & Development Board meeting held on 28-5-2013.

New Chandigarh LPA is located in the north east of GMADA region, south of the Shivalik range. It is bounded by Chandigarh and Mohali, acting as the northern gateway to the Greater Mohali area. Most of the land is not so fertile and there are a number of brick kilns in this area. Spread over an area of approximately 15,000 acres (6000 ha), it is also near the industrial town of Baddi in Himachal Pradesh. The main settlements are the 32 villages scattered throughout the area, the largest of them being the historic Mullanpur village. A significant portion of its land adjoining the Shivaliks falls under the PLPA (about 1150.20 ha), which imposes restrictions on land uses in such areas as these consist of highly erodible soil and have to be guarded against the harmful effects of deforestation and ecological imbalance.

There is a restricted area of 140.8 ha that is dedicated for military use. Its topography is relatively gradual and generally suitable for urban development, providing about 4000 ha of buildable land for the development of new townships and urban activities. The Jayanti Devi Ki Rao, Patiali Ki Rao and Siswan River are the main rivulets which pass through New Chandigarh. The main connectivity is through the existing MDR-B which runs through Chandigarh between New Chandigarh and Panchkula and MDR-C, which starts at New Chandigarh and runs westwards to Kurali and further westwards towards Sirhind.

The existing rivers and their surroundings will be enhanced to become prime physical assets of New Chandigarh. These have been conserved and development in these areas includes recreational zones only with minimal construction activity. A 100 m buffer zone has been set aside around the perimeter of the Defense Area as a no construction zone. This amounts to approximately to 140.80 ha of land with limited development potential.

Other special and detailed development controls have been specified for all categories to ensure a logical and sensitive growth for the land utilization in the new township of New Chandigarh. With the above development controls in place, New Chandigarh will become a township that is in harmony with its environment and nature. Due to its prime location, New Chandigarh is bound to attract the population of Chandigarh and Himachal Pradesh in the long term and hence establish itself as a significant, self-sustaining town offering world class facilities in the fields of Health, Research and Education.